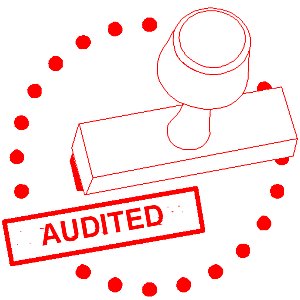 Yesterday I was in at the museum, picking the brains of Amy and Flora about their Great Photocopy Audit (more on that soon). We were sitting at a table in the middle of the large admin area of the MCA offices. It can be hard to concentrate on the task at hand when everyone wants to say a friendly hello as they walk past on their way to the photocopier or the tea room. During one of these drive-by salutations, Chief Operating Officer Euan bailed me up:

“You’re gonna have to get yourself some ESD Credentials soon!” he declared. “You can’t just log on every day and spend your entire blog postings pondering over your own incompetence!”

I grinned and nodded agreement as Euan strode off down the corridor. Then I turned to Amy and Flora and whispered, “What does ‘ESD’ mean?”

“Ecologically Sustainable Development, I think”, they replied in unison (frighteningly competent, that duo).

So… googling around (at the cost of 0.02g of carbon dioxide a pop), I find that ESD is a term used by organisations who want to carry out their business in a manner more mindful of their own environmental impact.

However, according to this Powerhouse Museum info sheet, ESD is more of a principle than a strict set of rules:

Ecologically sustainable development (ESD) is an ideal like justice or freedom. Ideals are hard to define because their definition depends on values â€” peopleâ€™s beliefs and ideas about what is important. Ideals can also be hard to implement. They can sometimes be dismissed as vague, impractical or too complex. Therefore there are many definitions of ESD, depending on the beliefs and interests of the person or institution that developed it.

One common definition is:
â€˜â€¦ to meet the needs of the present without compromising the ability of future generations to meet their own needs.â€™ â€” Our Common Future, World Commission of Environment and Development, 1987

So, to come back to Euan’s exhortation that I should acquire some ESD Credentials… It got me thinking about what such credentials might look like. It’s true (painfully so) that I have been bumping up against the limitations of my own ignorance in the 2 weeks since I started this Audit.

My groping diagrams, with which I try to assemble together on a two-dimensional plane all the factors involved in a given museological or aesthetic activity, are not enough. I seem to be lacking something. It’s not just the brain capacity to make sense of the mind-boggling array of inputs and outcomes (although it is certainly that); it’s also that I lack a set of ways to tackle this problem which is bigger than any I’ve had the privelege of chewing on before. Perhaps this is a bit like being in a foreign country and knowing only the phrase: “I don’t speak [insert language here]”.

Oh dear, the above paragraph is exactly the kind of thing Euan was talking about.

To confront this limitation, I did a bit of research and discovered that one can actually train to become a bona-fide Environmental Auditor. Here’s one company that offers such a course. Here’s another. I rang one of these companies and explained my situation, and the nice Environmental Auditor lady there said that their five day course (at $2500 or so!) would be intense but very useful, and would provide me with a set of tools, strategies and skills for tackling my own Audit. So, certification here I come! (I think).

Having said all that… I just want to put on the record something of my own philosophy for working on projects like this. I actually think it’s essential for me to have started this Audit as a non-expert. We’re so used to feeling impotent and intimidated in the face of “science” – having to accept a phalanx of facts and figures and findings as final, without ever really knowing how they were discovered. Or (perhaps worse) having to humbly submit that we are not smart enough to comprehend the how, even when it’s laid out in front of us.

What I’m getting at is that the MCA doesn’t need another pointy head to join the ranks of lofty experts telling them what to do. My role, I think, is to start from zero-ish and work my way (publically) towards comprehension, in collaboration with the museum’s people, and the artists in the show. If indeed that is possible. We might fail – even with Certification – and I’m prepared to accept that, if you are… But even if it does all go pear shaped, what you’ll get is a rather carefully annotated document of the flop process itself, as it happens.

But hey! Let’s look at the bright side! Probably I’ll succeed in one way or another. And I might even end up with a framed certificate to put on my mantlepiece next to my “marriage celebrant” license, not to mention a rubber-stamped accreditation that I can list on my CV, to cash in for some of them green dollars that are supposedly sloshing around…